a time to adapt, change, develop, renew friendships and find new opportunities, entertainment and things to do.

Sometimes it takes a major change in our lives to create the impetus to start a new project. It was many years ago I became interested in writing music and my best friend at school had developed an interest in creative writing. Although we were both doing science subjects in the sixth form, we believed it was cool to be artistic and over 40 years later we still do.

Back in our school days we had fantasised about working on writing a song together. Writing lyrics was not my forte, in fact I struggled with English, and my friend Stewart, though he liked music, could not write it, or play a musical instrument.

Over the years we have stayed in contact and in pre-pandemic times, even though we now live hundreds of miles apart we invariably met at least once or twice a year.

Building on strengths and find opportunity from helping others.

I had always been good at electronics and using computers, so, combined with my experience of being a community trainer, I proposed the idea and helped set up Get Technology Together community interest company (CIC) about 7 years ago. The aim was to create an organisation to help people develop digital technology skills, in response to the demand for training to help those that have been denied opportunity and had struggled to learn.

Get Technology Together (GTT) developed outreach bases by partnering with community-based neighbourhood groups allowing people to simply participate and learn at their own pace in an informal environment. These bases were open to anyone and were funded by grants and donations. I coined the term “Community Digital Access Points” where GTT provided a space, the equipment, the internet connection, and the trainers.

All the Community Digital Access Points have been closed since the first UK Lockdown began and all training has now moved online. Students with their own equipment have been able to manage the transition to ordering goods, accessing health services, getting entertainment and socialising online. Video calls have been the new way everyone is talking to friends, family, and work colleagues.

Time to practice what I preach

Since the pandemic talking to friends that live further afield has increased for many of us. Having to spend more time at home has meant more time to develop creative projects too. Now meeting with friends online has replaced going out to pubs and restaurants.

Meeting up with my school pal, Stewart online we have finally been able to fulfil the ambition to work together on a joint venture. It is not exactly a song, both of us have slightly different aspirations now. Stewart, being involved in a local writers’ group that had continued meeting on Zoom, wrote a short piece about the Lockdown. I had been helping advise him on upgrading his laptop and coaching him in how to use Windows 10. I had just finished making a music CD called Lockdown Diaries. Meeting up regularly using Skype we had an opportunity to share in each other’s creative efforts. I really enjoyed Stewart’s Lockdown piece and thought it might be good to use it has a basis for a soundscape, like a short radio play, or poem. I introduced Stewart to the open-source program Audacity, as a way of recording a reading of his Lockdown piece. Audacity is free and simple to use and there are plenty of file formats available for saving recordings and sharing them without losing the quality of the original recording.

Initially I thought about setting different paragraphs with different voice treatments and having different sonic interludes between each section, so the listener had time to reflect on the content of the text in bite size chunks.

I found an old recording of the Parish Church Bells made one summer’s evening with a handheld digital recorder. I liked the idea of using church bells suggesting connections with mortality, religion, the wartime blitz, wedding bells, etc. The more I listened to the reading and experimented with different treatments the more I became convinced that there was a need for economy in the range of sounds being used to accompany the text.

Similarly, I felt there was a need to ensure the diction was sufficiently clear. Having wanted to create the sense of loneliness in an empty room I used a little reverberation. The voice needed authority, depth to express frustration as well as thinness to represent the feeling of powerlessness and weakness.

A technique often used in a studio to add more power to music is to double track. This means recording the lead vocal twice and syncing tracks together. Without the beat of the music this can be very difficult, but it is easy to make a digital copy to create the illusion of two voices using a program like Audacity. If you slice about a tenth of a second off one track and play them together the result is a pseudo double track that works quite well. Dropping the pitch on one track by a few percent creates interesting interference patterns, making the narrators voice sound slightly unworldly. These special effects were used in the final piece to form lead narrator’s voice.

Creating a thin sounding voice, I used a notch filter with the peak of the notch at about 2KHz. The peak of the notch not being too steep or the result, on a male voice, would tend to become inaudible. This voice sound became the contrapuntal voice for the piece.

It was a challenge using the church bells recording, as there was very little useable footage. Between traffic noise, the bells ringers stopping for a break and other background noise resulting from a handheld device outside, I only had about 1 minute 30 seconds at the most. The raw material used, captured the bell ringers going at full tilt with all eight bells ringing and then gradually different bells dropped out one by one leaving just the sound of one bell tolling.

One of the advantages of using digital recording is that it is possible to alter the pitch and duration of any sound sample. Dropping the whole recording by an octave transposes each frequency to 50% of the original. Transposing another octave each frequency is 25% of the original. When this transformation is performed using an analogue tape recording reducing the speed of the motion of the tape drops the pitch but also increases the length of the recording. I used a similar algorithm on the digital recording to achieve the same result there by lengthening the duration of the original material.

Playing a tape recording in reverse is an established technique that can easily be achieved with its digital equivalent. Each note is played with a reverse envelope; a decay becomes a crescendo, and the striking of the bell becomes a note ending with an abrupt silence.

The soundtrack to accompany the reading employs all these techniques using separate tracks and recordings played on top of each other to create about 5 minutes. The lead narrator recording was slightly less than 5 minutes so was stretched an additional 3% to fit and this was played against the counter voice that was gradually faded in and played at its original speed. The effect is like a pre-echo that gets progressively more out of sync with the lead narrative. This is intended to be the author’s thoughts drifting though his consciousness before being vocalised.

The text as read: 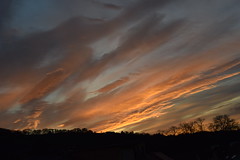 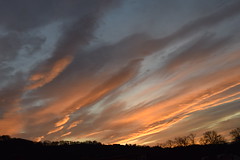 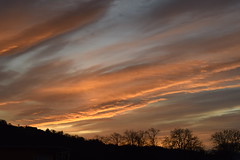 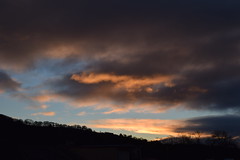 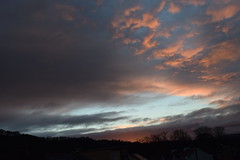 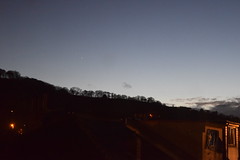 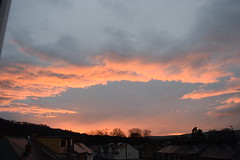 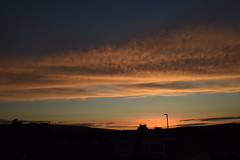